Affordable art for all. Samson Bakare (b.1993) is a Nigerian artist of multiple disciplines. Inspired by his architect father in the city of Lagos, at a young age Samson began his journey into a creative world. Bakare is a graduate of the school of Art, Yaba College of Technology.

Samson was trained under the tutelage of prominent and veteran Nigerian artists which include the master artist Abiodun Olaku,  and Raji Babatunde, Edosa Oguigo, and Ejoh Wallace.

He describes his paintings as “time machines,” as they venture back into the past and depict an African society that might have existed had history taken a different turn. He paints Black people in positions of power, in full control of their surroundings His work centers around the propagation of black identity and values in both contemporary and retrospective context while representing historical scenes. His narrative covers portraits of African men and women with blank expressions as they strive for cultural emancipation. Samson states that his “work is a time machine through which you can see the past and behold the future from the same stand point.” The East African Coptic art has been the influence in his exploration, even as the theme and subject remains a hybrid of classicism and stylization which he calls Afro-classicism.

Samson has depicted several satirical pieces with an attempt to review the excesses of British-imperialism and racial equality. In 2018, he became a member of the Arts in Medicine Fellowship , Nigeria (an NGO established solely for the improvement of the healthcare through arts). He has been featured in both local and international exhibitions which include, Counter history (Paris 2019), Counter History Alliance Francaise (Lagos 2019) , Occupied Space exhibition (Accra, 2020).

Bakare’s works have been widely collected by notable collectors globally.

To Browse, Collect and Learn more about  his Work  : Click here 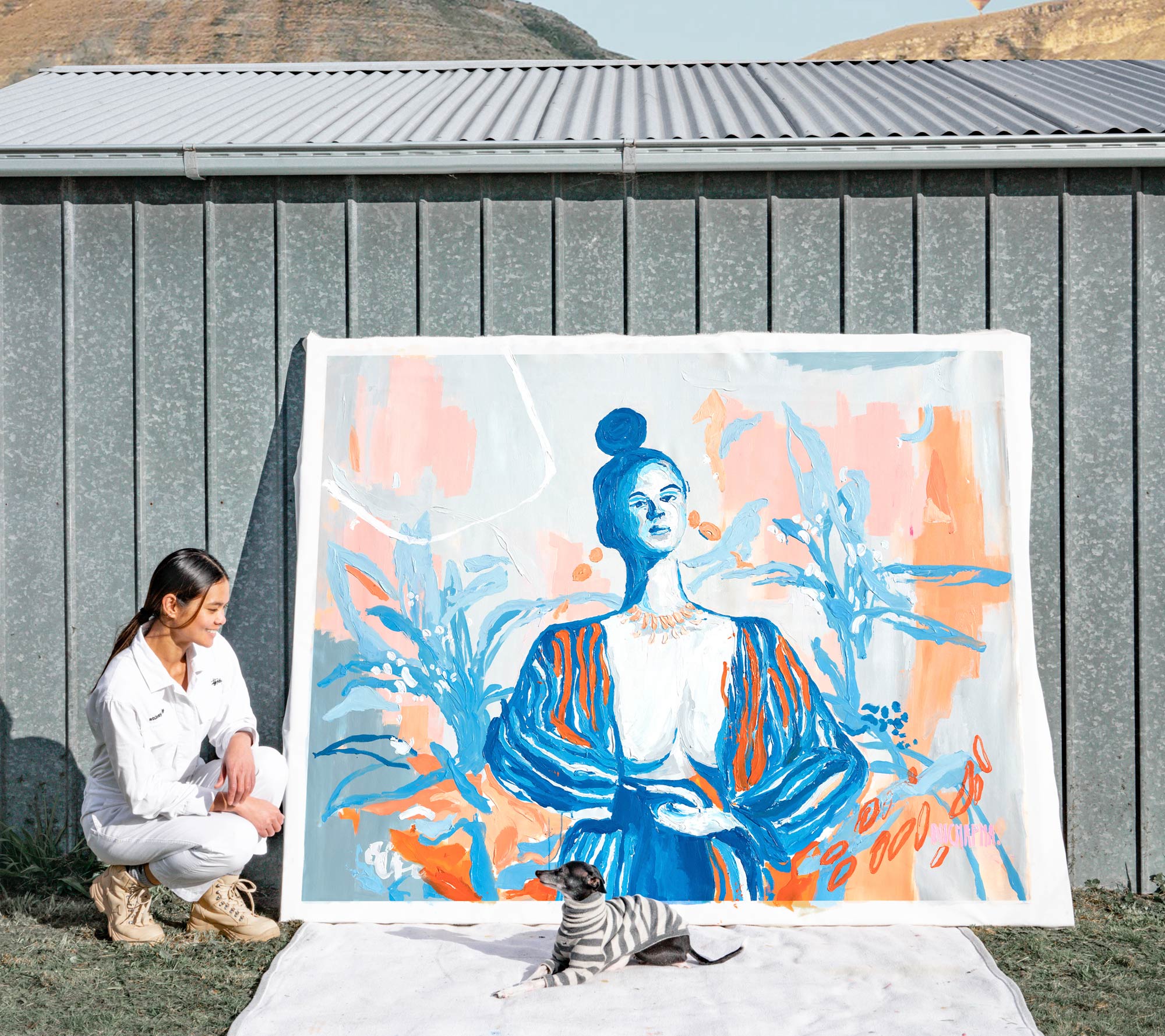